Bell Court lies in the heart of the historic town, Stratford Upon Avon. Lighting Design International was appointed to design a lighting scheme to transform the shopping centre which was in need of major re-development. During the day enclaves were dark and uninviting. The centre itself contained faded shops and uninspiring floodlights. At night there was little life and the area lay in near-complete darkness. The illumination was so weak that the corridors seemed narrow and the only focal point was a car park.

Lighting Design International re-invented this space to bring a much-needed visual vibrancy to the area. Firstly, the entrances were fitted with ceiling concealed linear wall wash lighting. This makes the area feel safe and inviting. On top of this, festoon lighting and in-ground river lights add a playful sparkle that turns heads, piques curiosity and exploration.

Secondly, exterior spotlights were hung in a catenary fashion to create the perfect level of illumination that banishes the darkness, while not overflowing the area with an overabundance of light.

Mounted uplights and downlights on the facades highlight the red brickwork further stimulating the guests' visual senses.  On top of this, in-ground linear uplights emphasise the car parks new green wall foliage. In the centre, circular seating benches with concealed LEDs underneath coupled with gobos and fairy lights on trees gives the space an identity. Instead of walking along in a seemingly dark narrow corridor, the area feels more spacious and more alive. A once unused space is now full of visitors with an increased positive atmosphere.

Finally and most importantly, the renovation did not rob the area of its history, in fact, it brought it to the fore. Now small surface spotlights emphasise the historic bell, which serves as a focal point. This project is an excellent example of how fusing the old with the new can re-invent a space, to not only increase footfall significantly but also to re-affirm the expectation that yes, this is indeed a picturesque place! 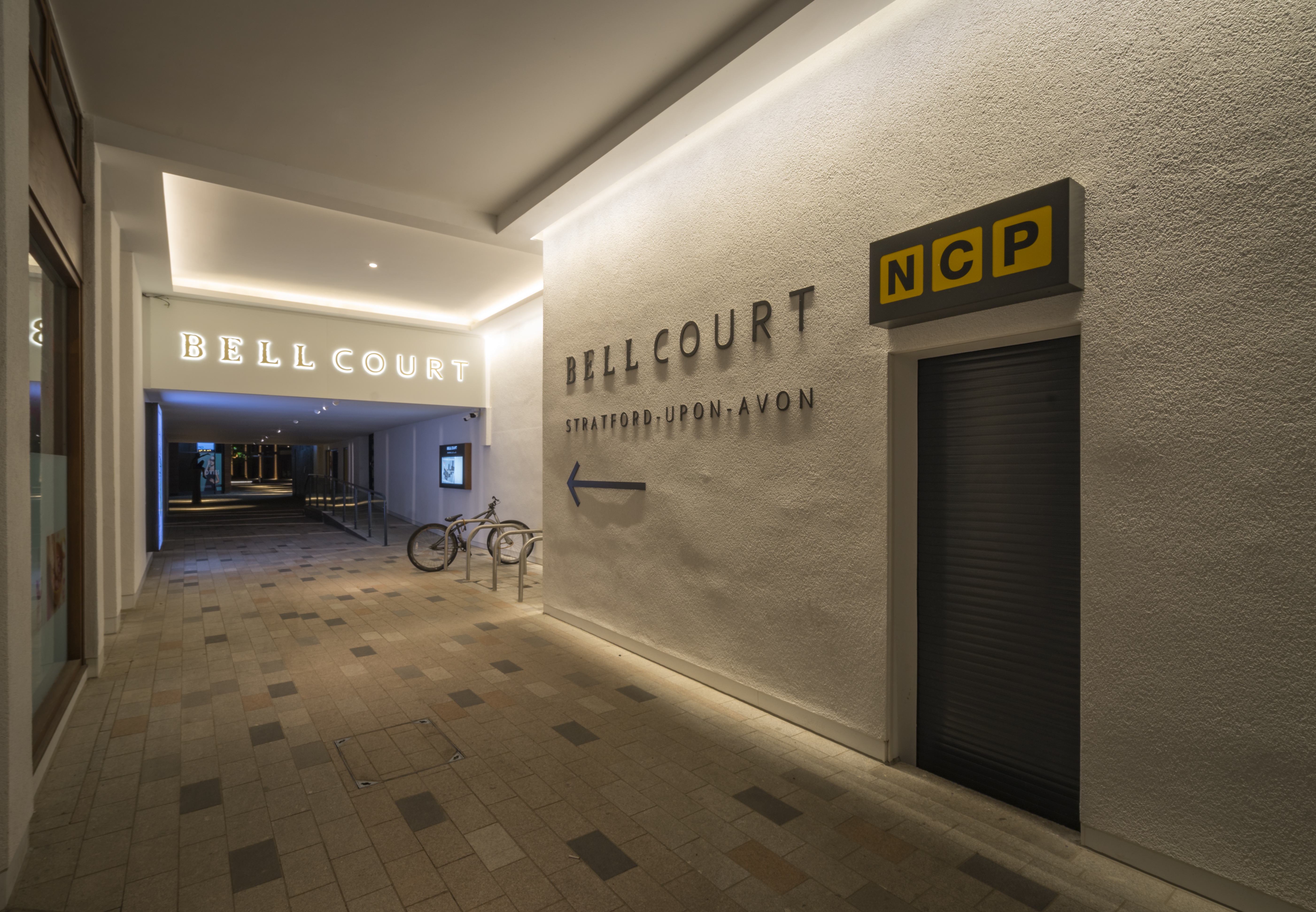 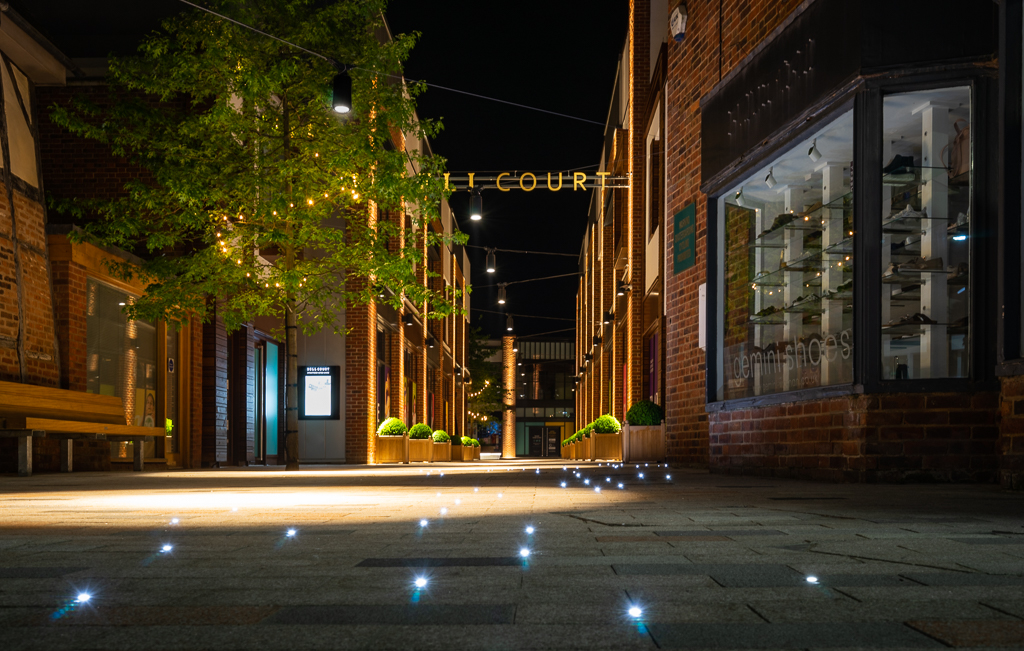 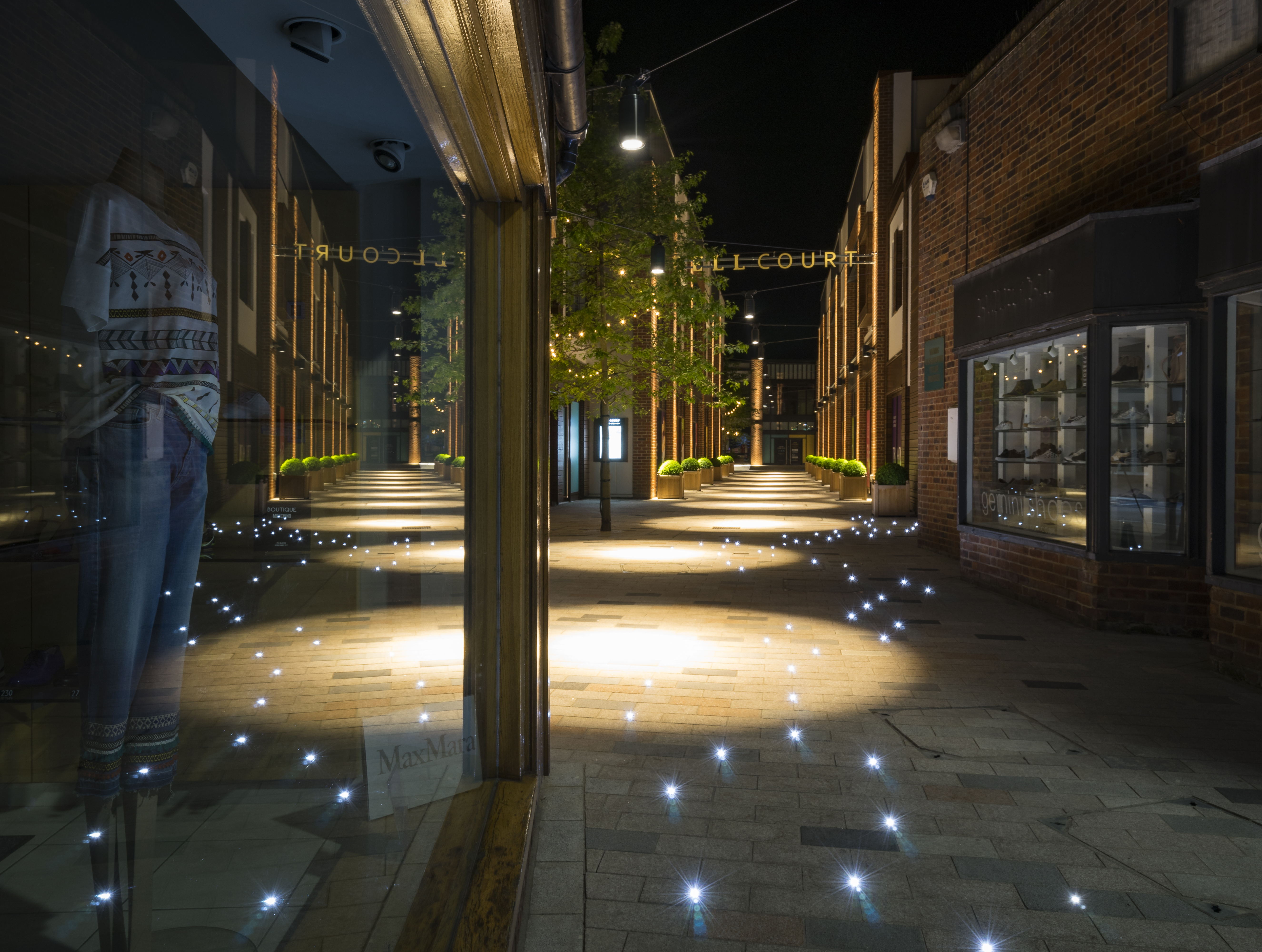 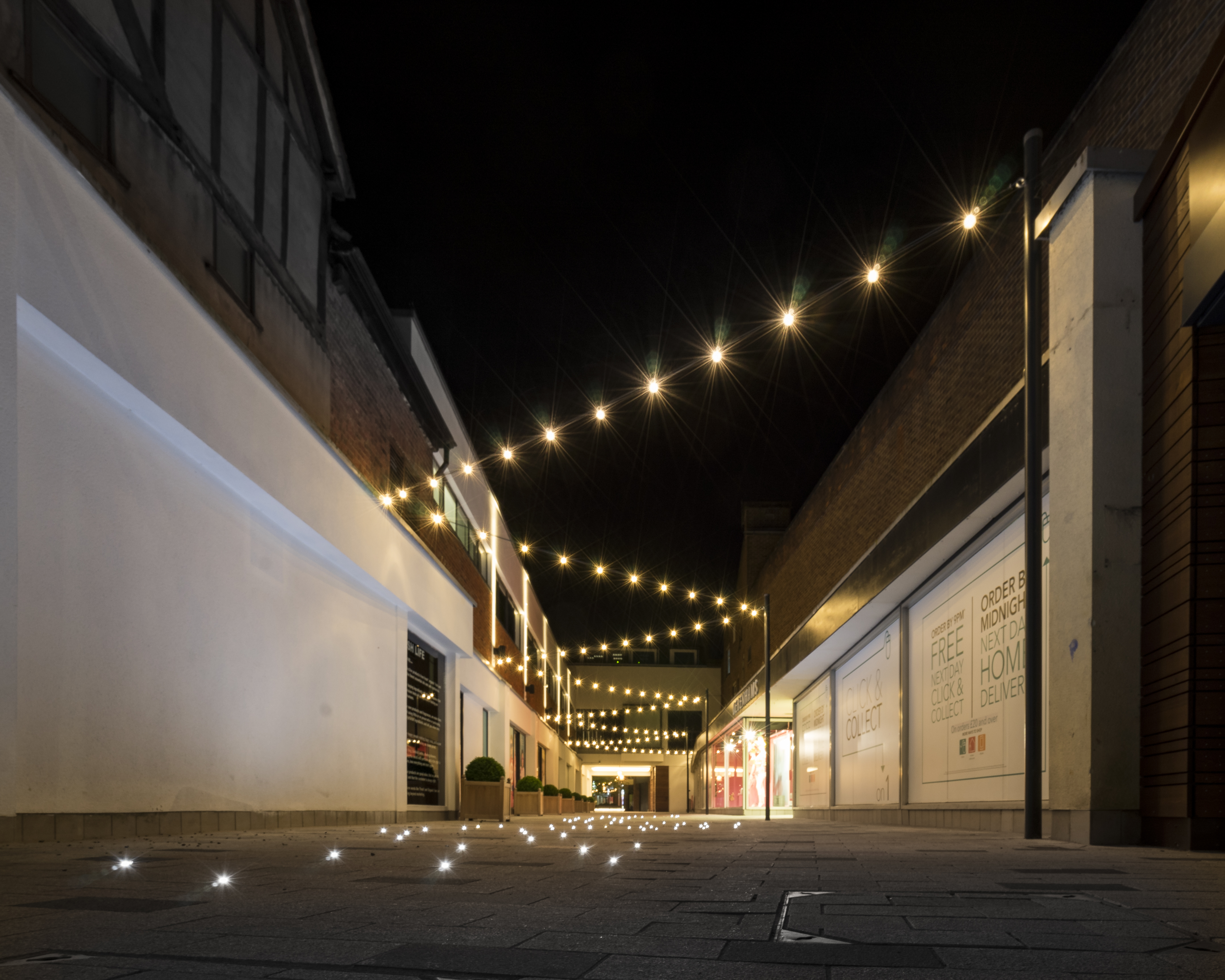 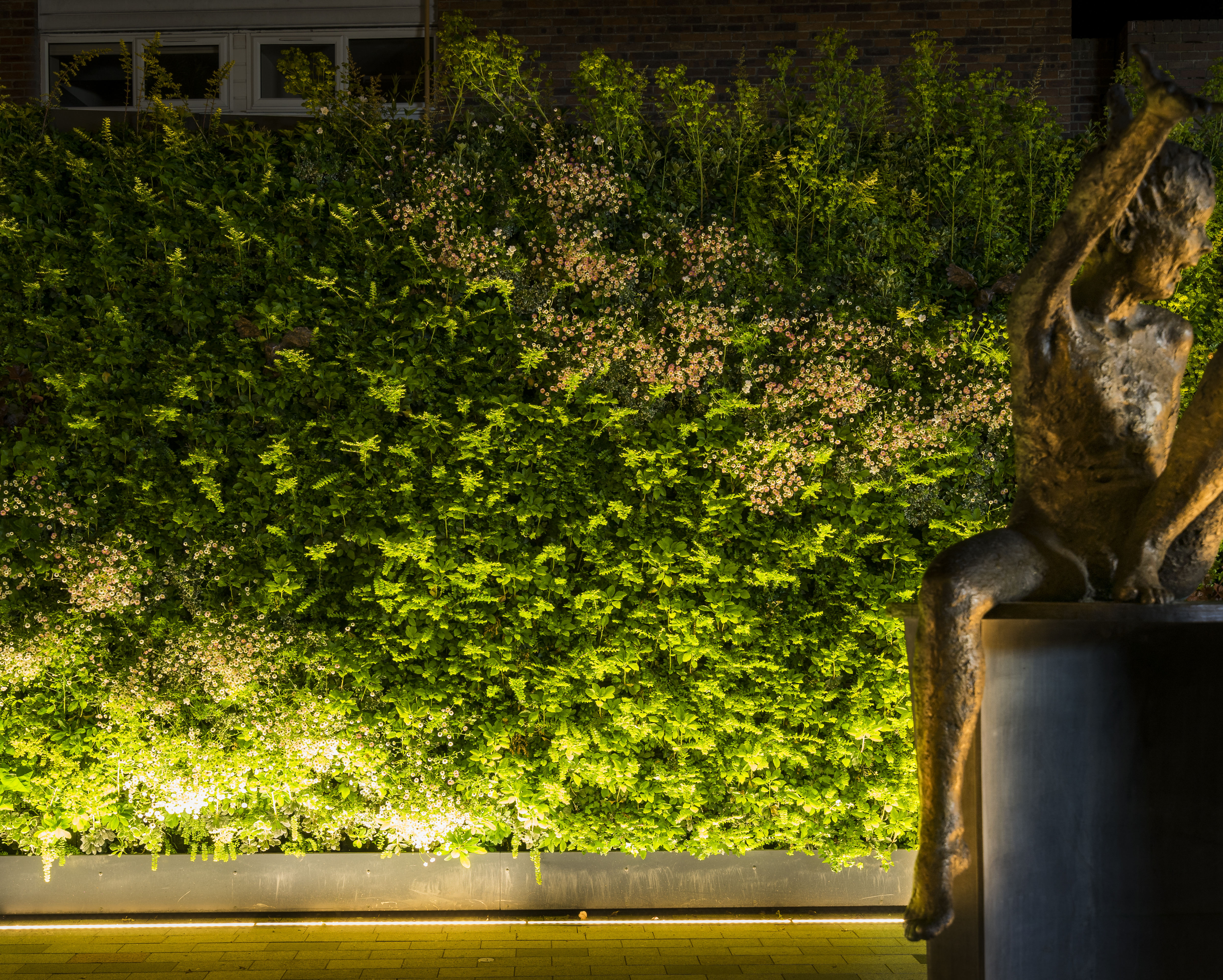